Itching in the Back of My Skull

"Scratch it, peel away, tear it down and release those inhibitions within you." 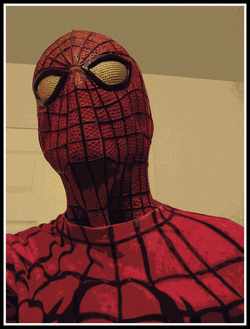 I find myself struggling to get a project done, more specifically because I start getting new ideas for new stories and my mind just explodes with these ideas. What usually ends up happening is that I will start writing these ideas down, then deconstructing them in my mind to see how they will work, and I will begin typing out a small intro or in a way a recap chapter that I, as a reader, will be introduced into the world and characters of such story. The problem here is that I will do this in less than 10 minutes and end up writing about a page's worth of either dialogue or plot. Now, sure I can say that I got plenty of ideas jotted down and even some of them started, but truth is... This way just makes it harder for me to actually finish any of them.


It all starts with inspiration--which seems to be driven to a halt by writer's block. For a while I told myself that there was no such thing as writer's block, that it was something that was made up like fairy tales, except they were told by adults to convince themselves that they were unable to continue something without actually giving an explanation as to why.


I tried hard to stand by that belief, and tried hard to try and understand the why this happened to me, but also tried to embrace the responsibility that came with accepting there was something I could do about it--I just had to find it.


Then the years went by and my writings stayed the same--gathering metaphorical dust inside my computer's Microsoft Word file. I started to believe that maybe writer's block was simply, well, writer's block. That there was nothing I could do about it but wait until inspiration came back to me.


Ironically, when I first wrote this post on writer's block, I had only the first paragraph published on my site--and that was that. This post remained the same for years and years after I had published it. It wasn't until this very night, of the year 2015, that I decided to revisit it and try and finish it. Ironic, because like my other writings, this post remained untouched for a while.


As the saying goes, it was time I put my foot down. Or rather, time I got back to writing again. And I'm not going to justify as to why I hadn't been writing for so long, or try and find a reason why this remained the way it did. No, but what I will do is accept the responsibility that comes with starting a paragraph--and that means finishing it. Not so much to finish it just so it can be finished, but finishing it so it can be complete.


So as I stare at the Microsoft Word tab open in another window beside this one, I am not only staring at words on the page, but most importantly, I am staring at words from my most dearest piece of unfinished writing I've ever done: my script for my own comic book. Dated to it's last save back in 2005, I look at it now, ten years later, and it feels crisp and fresh, anew, but also increasingly familiar. And it's familiarity is what drives me to continue, what drives me to that good feeling of putting more words on the page not to just fill the page, but to make it complete. Today I return to what inspired me to write, I return to what made me choose to study writing--


Today, I return to where it all began.


And I'll make damn sure it'll be complete. 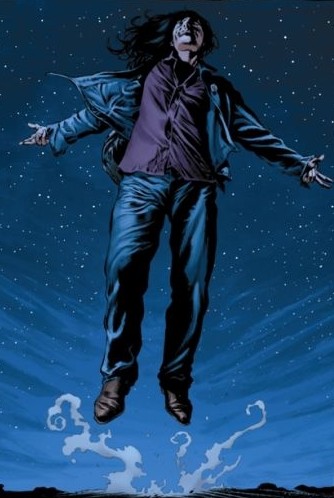