"Better an honest enemy than a false friend."

I've gone through my life searching--as well as running into--different friendships. I have never really been good at making friends, I've found it difficult to share my thoughts and ideas with people, mostly because I am not sure they would understand them, or even come to accept me for who I am. I have discovered it is also difficult because I am not exactly the social butterfly most people out there in the world are. I tend to internalize most of my feelings and I tend to shut myself out from the world, mainly because all my life I haven't exactly felt like the world was that interesting to me, or rather, the people out in the world haven't looked interesting to me. I have stepped out of friendships as quick as I have entered new ones. I have moved around and switched homes so most of the friendships that are close and I still have are basically divided by distance. Most, if not all, my best, true friends are miles and miles away from me. There is only a handful of people I can trust, and I am the type of individual that has trust issues. It takes a lot for me to put my trust on someone, specially when letting this person into my life. I've had friendships that have turned sour, with both parties hurt, and also, friendships where I've been stabbed in the back.


I've always liked the saying "better an honest enemy than a false friend," mainly because I've made enemies in life where I've stopped and told myself, at least I can expect what this person will do, which, unlike with a false friend, you never see it coming, until it's too late.


I had a friendship with someone who I thought was a nice person. I thought that I could care for her and that she could care for me. We shared stories, secrets, laughs and I was there for her with advice when she needed it. Sadly, distance separated us, like how it happens with most of my friendships, but I didn't let it destroy us. I stayed and I kept in touch. It wasn't until much later when she decided I no longer was fit as a friend. Whatever switch flipped in her head told her that I was no longer of any use for her. I cared for her like I would for a younger sister. I thought that I could help her with her troubles when she reached out. I thought I could...make a difference. However, in the end it did not matter. When I reached out for an explanation of as to why she decided to end it, she gave none. She cast me away like a leper, without batting an eye as to my feelings or what I wanted to say.


I reiterate, I have trust issues.


So I decided that if she no longer wanted me in her life, that the only logical thing to do was to let her go.


Recently I stumbled upon a fascinating individual, one that I could not put my finger on about the intentions behind the brick wall that protected whatever imagination lied inside the brain. It was troubling to try to find out by just gazing in through the eyes. The eyes had a brick wall of their own. You could stare and gaze, and try to read them--most people say eyes are windows into the soul, but I'll be damned if I can see through them. All I could do was scratch my head and wonder. The eyes looked back at me and all I could feel was piercing daggers on my sides, sending shivers down my spine, almost leaving my fingers numb. It was like the gaze had become a torturing device that I couldn't avoid, so I started prodding, trying to find out what it is that hid behind, but to no avail, the eyes evaded me. Confused me. Taunted me.


A lot of people kept telling me to stay away from this individual. They painted a picture of pure raw danger. Something that could potentially destroy me. Something that was toxic--something that felt all too familiar to me. All I wanted to do was to bring that person out of the darkness that had painted around those taunting eyes. This toxic cloud had covered the gaze and I could not help but feel frustration, as if I had failed before it even began. And so I kept trying, asking, offering, but those eyes still evaded me--excuses would flood the floor on which I walked on like dead leaves falling from a tree on autumn. It was apparent that a different, darker brick wall was in the process of building itself around this individual. Preventing me, warning me to stay away. Pushing me as far as it could. For a while I decided that I'd stay away, but only recently the desire, the need, the urge to break the wall and find out what's on the other side has overtaken my mind and I have not being able to shake the feeling that whatever lies on the other side is worth discovering.


But I know obsession when I see it.


I must build my own brick wall.


I must keep the eyes out. 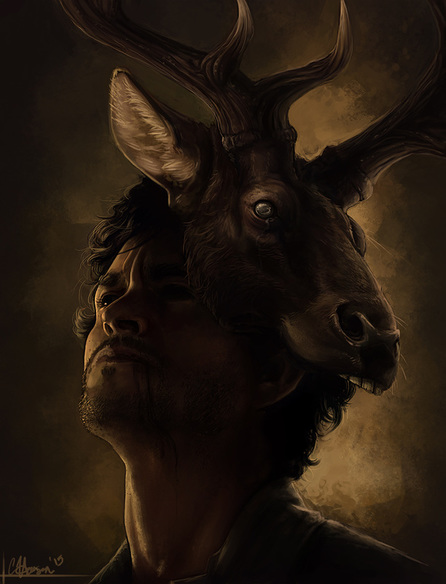 “Never hide things from hardcore thinkers. They get more aggravated, more provoked by confusion than the most painful truths.”