You Get What You Give

"Your believing or not believing in karma has no effect on its existence, nor on its consequences to you. Just as a refusal to believe in the ocean would not prevent you from drowning." 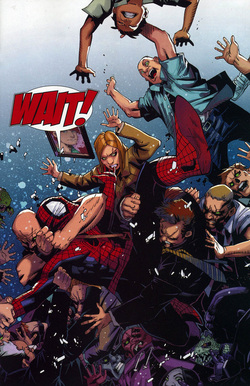 Whether you want to believe it or not, what you give in life, comes back to you. And I'm talking about good AND bad here. I am a firm believer in karma; I know for a fact that if you do harm to others, it comes back to you eventually. It might not be right after the fact, but perhaps later in life. And I know this is true because I speak from experience.


A long time ago I did something that to this day I am not proud of. I mistreated an individual because he was different from me. I was at an immature age where I didn't care for consequences of my actions and I thought of it as nothing major. For lack of a better term, I'll say I bullied this person. All he was trying to do was hang out with my friends and I, to perhaps join our "group" but instead of bringing him in, accepting him, I did bad things.


I would lie to him. I would say that we'd meet somewhere when recess came and never showed up or simply lead him on to other places. I'd laugh and criticize him behind his back with my friends. I even went to the extremes where I would pay another classmate pocket change in order for him to "distract" this individual during recess so my friends and I could run away or escape someplace around in the playground where he wouldn't find us.


If there is something I regret the most about my times back in high school, it's this specific action. That was a terrible thing to do and during the time I went on as if it was nothing. As if no damage was inflicted on this individual. I was a fool for thinking this.


But I was also young and didn't know better--not to say I am trying to justify anything, because this isn't something justifiable. This is something preventable, and believe me, could I do it differently, I would. However, since I am a big believer in "things happen for a reason," I do believe this was both to teach me a lesson, and to shape the kind of man I would later become, as well as to help me understand now in the present, that despite the situation back then, this individual is still my best friend today, and has been for a long time.


You would think that I don't deserve his friendship after what went down in high school, but as the years grew, so did we, and we managed to look past our differences and grew stronger and better as both individuals and friends.


When I look at my life now, and the recent hardships I've gone through, there is no denying--in my mind--that perhaps these hardships were somewhat a byproduct of situations like the one above where I was the bad guy, or the bully. This, I believe, because karma is truth. Karma is out there, and if you are not too careful, it might come and bite you back in the behind. It's very important in life to take a look at your actions and ask yourself, "am I doing this to hurt someone? To gain something?" And to also pay attention to little things and think about the potential repercussions of your actions. I'm not saying to become increasingly paranoid about what you do and to whom with the idea in mind that it's going to come back to hurt you.


What I mean is to pay attention to your actions. Sure, some say words can hurt more than actions, but that doesn't make actions less hurtful in reality.


And all actions have consequence, and my true story above is proof of that.


In life, what you give, is what you get. Be weary of those who you hurt, but also of what can happen because of that.