"Better to light a candle than to curse the darkness."
A long time ago I hit a very low point in my life; I was broken. During this time, a very smart individual told me that in life, "everything happens for a reason." And most importantly, that "you have to be strong no matter what." This individual was my grandfather. He was not only a very smart guy, but he was also one of the strongest persons I ever had the pleasure to know and have close to me. I got the chance to learn from him and take his words to heart; it was a hard journey getting the pieces back together, and it only became harder after the moment when he passed. I took his words and made them my life...but it was only a matter of time before I fell back again. And at this point I didn't have him around to talk to me, to teach me again. Maybe it was meant to happen this way, you know? To only make me stronger by having life throw at me another curve ball and expect me to get it together on my own.


But instead of facing my problems I decided to ignore them; I chose to indulge in a very unhealthy lifestyle. And slowly but surely as I kept hiding those skeletons in the closet, it became clear to me that I had chosen to close the door on his wise words and completely shut down from any sign of light that paved my way. I won't say the reason why this happened, as I'm not ready to share that yet. I will say this, however: I stopped caring. I became reckless and let myself ruin what good person I was on the inside. Sure, anyone who knew me or encountered me would still tell you that I was a nice person then, but truth to be told is that I chose to pretend. I chose to hide that part of me that once was and became closed-minded. I didn't care what people thought, what they said, or even what they suggested I do. I tried so hard to be the asshole I had always hated, that I started looking back at the things I said and did and could not recognize myself. I became angry.


Angry at what though? The world? A specific person? God? Or myself?


I was at a point that I honestly just wanted to be left alone. But you see, as my grandfather told me, everything happens for a reason. And his words sure took me by surprise when I met someone that made me look back at the person I was becoming and made me realize that I had the potential to be so much more.


I didn't have to stay this way, I could change. I could go back to the person I once was. The first few days of having this person in my life helped me realize that there was something more to the way I had started feeling. It took me a week to finally see what kind of darkness I had chosen to engulf myself with and because of this person bringing such light into my life it was that I was able to step back for a second and say, "This is not who I want to become. This is not the kind of person I want to be the rest of my life."


You hear plenty of stories like this. That someone is doing so bad in life that all of a sudden they meet somebody and it's like their whole world spun back onto the right direction. I always dreaded stories like these. They felt cliche, cheesy and just plain boring. I hated hearing about them even more when I began going through this cycle of self-destructiveness.


I never really thought I'd be one to write one, though. This was because I had chosen to stop caring.


It's pretty amazing when you have someone at your side and you can finally feel like you can care again. Like there is nothing stopping you from becoming a better person.


To smile and laugh at life's mistakes.


To light the dark within. 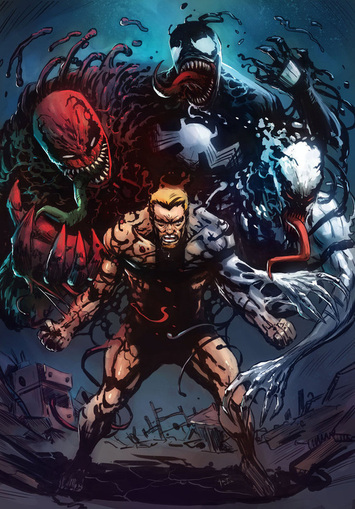 "Our monsters are only masks worn by those parts of us that feel powerless or unlovable.  They want, most of all, to be met and seen through.” 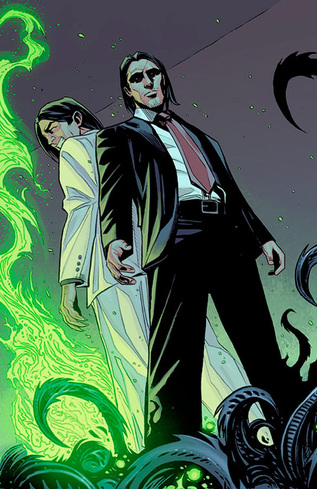 "A sensible man will remember that the eyes may be confused in two ways - by a change from light to darkness or from darkness to light; and he will recognize that the same thing happens to the soul."  - Plato.