“Sometimes the hardest thing to do and the right thing to do are one in the same.”
Some people believe in fate, other people believe in luck, hell, most people believe stuff just happens because it happens. Me? I don't know what to believe anymore. I used to be a hard believer in fate, that there was something in life that predetermined what happened everyday you chose to open your eyes and get out of bed in the morning.

The definition of fate is the following: "the development of events outside a person's control, regarded as determined by a supernatural power." To me, this is telling me that no matter what you do in a day, whether you choose to eat out instead of cooking, take the bus to avoid walking, or hang out with some friends at a party instead of doing homework, your destiny is already written in stone. It doesn't matter what you think or do, you can't change things. I used to think this way, my mother still does, she's a hard believer in fate, in God's path that he has laid before you. I wish I still thought like that, but I don't. Sometimes life throws rocks in your path, obstacles for you to overcome, but then there are days when life throws a whole Greyhound bus at you, making you stop for a second and reconsider how in the blue hell you're going to stop it from hitting you. Thing is, sometimes you just can't. I'm not talking about giving up, that's entirely different, I am talking about putting it to the side. To most people this would be giving up, but what you are doing is just saving that problem for later, for when it becomes harder to move. The chip on your shoulder now becomes the stone on your back, and you feel like Atlas when he had to carry the world on his shoulder.


If you believe in fate, then you know there's a reason for this obstacle to be blocking your way. However, what happens when you stop believing in fate all of a sudden? When you are left with nothing but a hard belief in luck? "Boy, my luck must suck," you think to yourself. And you move on. You put that problem to the side, you let it sit there, and soon it becomes like spoiled milk in the fridge, sitting there waiting for you to toss it in the trash. Here's your problem. You see, now what are you going to do about it? I stopped believing in fate the moment my grandfather passed away, right about the same time I started to stray away from my belief in God, but religion is a topic for another page. The way I've dealt with things recently is that I've amounted it all to just bad luck. I've tried to somehow make luck work for me rather than against it; I've done little things which most people would think of as stupid and think that I'm wasting my time. I've done it all to pretend it will somehow give me good luck. In the end, who knows? It might actually work, or luck might just not exist at all and everything I've been doing is really for nothing.

The definition of luck is the following: success or failure apparently brought by chance rather than through one's own actions. This tells me that if something really happens, say I win the lottery, it's all based on luck. It just so happened that I was the winner, and not Bob or whoever else that day. If something bad where to happen, say I crash my car, then maybe that Tuesday morning just wasn't my lucky day. We are talking about chance here; the chance to be a winner or the chance to be at the wrong place at the wrong time when that car decided to run the red light. Honestly, I've lost count of how many times I've yelled out "so lucky!" or "man, I got the worst luck ever!" when something has happened to me. But up until recently I've decided that maybe it isn't luck. Maybe it isn't chance at all that everything that has happened is happening.

Hell, I've thought...maybe shit just happens? And truth be told, it wasn't that I just discovered this, mind you, I've given it thought way before, but never really paid more attention to it. The definition of ''shit just happens'' is the following: it is a phrase used as a simple existential observation that life is full of imperfections, either 'asi es la vida' or the more common 'c'est la vie' can be attributed as well. Honestly, it's gotten to the point that sometimes I've even mixed all three ways of thinking; I've said to myself, 'I must have the worst luck, because shit just keeps on happening...must be destiny calling.'

Now you might at this point (depending in the order you've read the pages on this website) think that I'm a negative guy. Look, I can be, that much is true. But I'm not always negative. I just say it like it is. For far too long I've concealed my feelings and kept what I wanted to say inside, I've come to realize that it is neither healthy nor good for you. I've gone through recent stuff when you get to a point in your life that you just have to admit to yourself, 'If I don't tell this person the following, I'm going to burst.' Believe me, the moment after you will feel so much better. But I'm straying away from topic here, so let's continue.

I've come down to the conclusion that fate/destiny is not set in stone. Now keep in mind this is the way I think, and I do not in any way condone for you to live your life based on what I write on this website. This is me writing about myself and if you get something good out of what I say, good for you, but I do not and will not claim that I'm an expert in life, nor am I Dr. Phil. I believe that fate can be changed, destiny can be forged into something you, and only you, want it to be. This is why we were given lives, choices to make everyday, otherwise, dare I ask the question: why do we live? What do we live for? The path laid out before us, it ain't no yellow brick road, it isn't paved with good intentions, and it sure as hell doesn't have road signs for us to follow. From the minute you wake up to the minute you go to sleep, the choices you make, the decisions that occur, the things that are thrown at you, good or bad, they all occur because of you. No one else. Sure, other people might factor into the equation, but in the end, it is you who walks that road.

You see, I make my own decisions and I choose what I want to be as I grow old. The kind of person I will turn out to be will be the kind of person I chose to be. I do not believe that your life is already written like a novel, that whatever you do does not matter because it is already predetermined to happen that certain way. I refuse to believe that my choices are meaningless. I have to admit I still believe in luck, not like I used to long time ago, but I still do. Sometimes certain things happen that you just can't explain; for me, that is either luck, or the fact that shit just happens.

In life you really only have control over your actions, not the actions of others. It is your role as a father, brother, uncle, sister, aunt, mother, or even just as a friend to help others, but it is in no way your responsibility to take control over someone else's life. You already have yours. Make something of it. And for others, lead them in the right direction, but remember, only they can make choices that impact their life. Just like you. Only you have the power to change your life, to be the person you want to be, to believe in yourself (yes, sounds corny, so what) and to live life the way you want to live it.

The way you think is best for you. 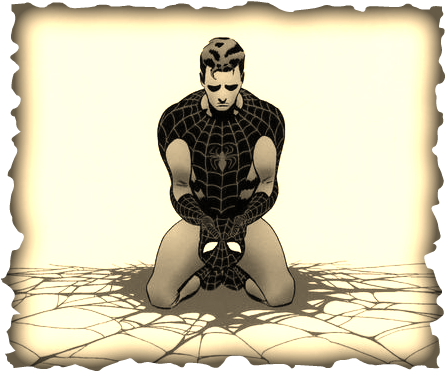